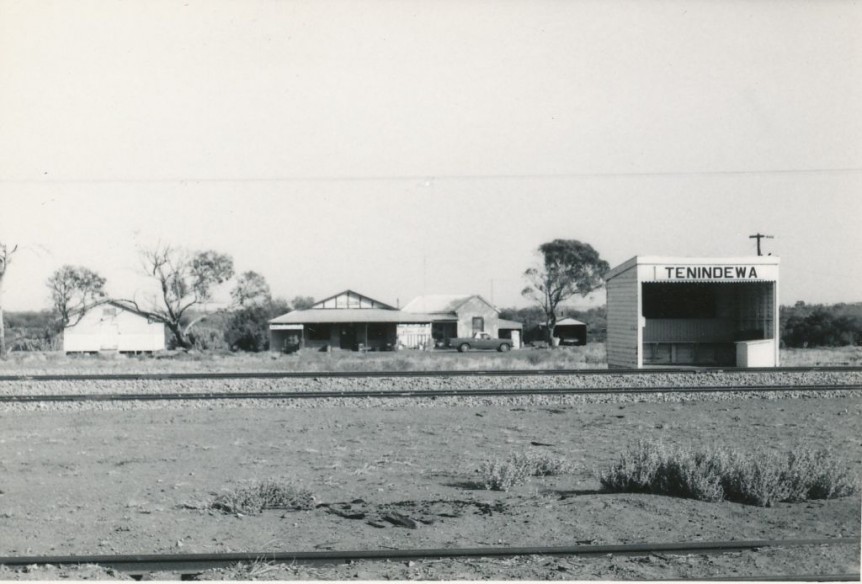 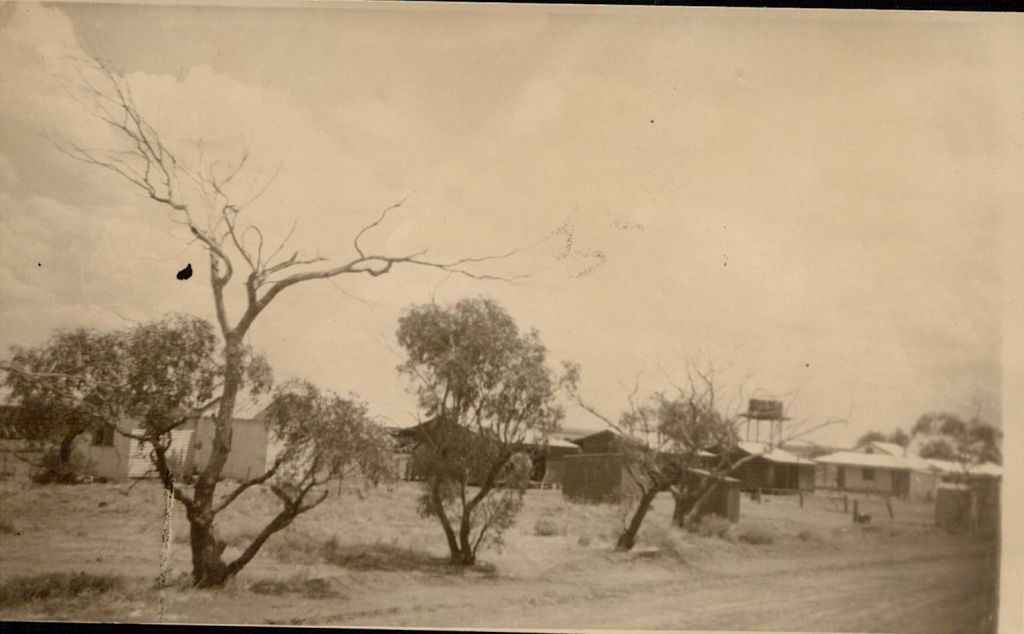 The shelter shed seen in the photograph below is a standard 6th Class station building, a New Zealand Railways design introduced to WA by C.Y. O’Connor in 1891. The building at Tenindewa was originally built at Moyagee (37km north of Mt Magnet) in 1898 and was moved to Tenindewa on 22.8.1910.

The siding was eliminated on 12.1.1987, though a new crossing loop for iron ore trains was completed in the last couple of years.

The Tenindewa sign was lost for many years but now sits above the Tenindewa Store.  Read the story of the The Long Lost Sign.