From our own Correspondent 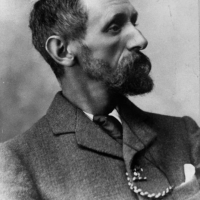 Thank goodness that dry year of 1922 has gone, and now that Mr Clement Wragge* is dead, he has taken all his forecasts for further droughts with him, so we can start this year, even if we do have a dry spell, without anyone saying “Another drought-Wragge says so.”

The best Christmas Tree ever held here was this year organized and carried through by Mrs Joe Stafford. It was held at the proper time-Christmas Eve-the children’s presents being well selected and of equal value, thus giving no cause whatever for dissatisfaction or complaint. As Mrs. Stafford took particular care that no adult partook of any refreshments provided for the children, the kiddies thoroughly enjoyed themselves.

The Voluntary Wheat Pool, no responsibility, has not been a means of putting too many plums in Mr. Joe O’Brien’s Christmas duff [a flour pudding]. As Joe is the receiver of wheat for the “pool” at Tenindewa , he is now tired of saying grace “for what I am about to receive etc.”  and so is turning it up (ceasing). When speaking to him re the loading of wheat, he remarked that “Jack Major wore the hind part out of three pairs of trousers waiting for the wheat to come in last year, and I have worn my boots out running around the farms to see where there is any wheat to load”

It is an ill wind that blows anybody any good. The drought that we have just experienced (and which is still on) has made most of the farmers pick up a boring plant and prospect for water, with the result that many have been successful. Messrs. Oldham, Stokes, Rumble and Stafford all have struck good stock water, the first named farmer watering 500 sheep beside (as well as) his working horses, from a well newly found on his sandplain country. For those poor unfortunate individuals who have tried and failed, it is extremely hard to have to pull water 80ft (25 metres), after waiting their turn from the only source in Tenindewa, where there is a windmill over [collapsed] which if repaired, would save time and labour and money to many in the district. I hope our member [of parliament] will read this, for it is an urgent necessity.

Sorry to learn from Mr. Cid Eves, that his brother Mr. Ernie Eves of Walkaway has just returned from Perth, after undergoing a very serious operation, necessitating the attendance of three prominent Perth physicians. Though very weak I am glad to say he is well on the mend. Ernie Eves it was, who carted all, or most, of that high grade ore for Mr. Dorrie Doolette* of Bullfinch fame.

I nearly turned my toes up myself the other day, fair dinkum, only for being hard in the brain box, (thick sculled) I believe I would have gone. Three days before Christmas, I was carting from Mr Troy’s dam, when going downhill the shafts of the cart snapped off, throwing me out (of the buggy) and the tank of water on top of me. Further than pulverizing my hat, bruising and swelling my head to four times its ordinary size, dislocating 5 ribs and then putting me in bed for two weeks, I am not much worse off.

* Google Dorrie Doolette for a story in itself

* Clement Wragge was the first weather forecaster in Australia. He was disrespectfully known as “Inclement” Wragge. He died in Auckland on the 10th of December 1923 (google his story)

* M.F. Troy is featured on this website under “People”