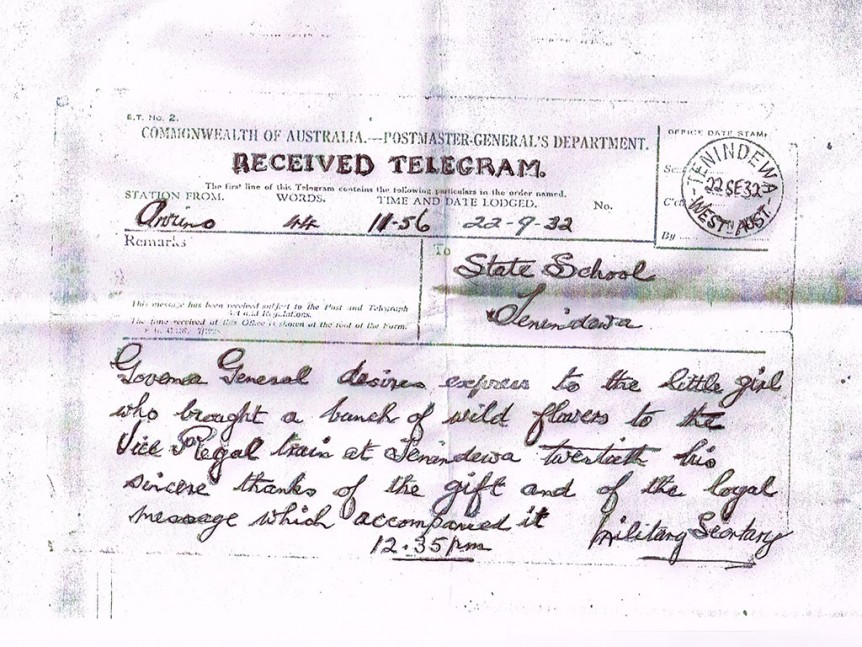 This new Governor General (as he was at the time of this event) was also of the Jewish faith which was also a first and a somewhat surprising placement given the staunchly Anglo-Christian country Australia was at that time. With hindsight, and it has to be said, quite a credit to the young Nation’s leaders*for installing a person whose background would have been very much against the norm for such an appointment at that time. Further Isaacs was the first ex-politician to be appointed to this extremely prestigious post. And finally it is interesting to note also that Scullin the them Prime Minister had to stare down our then head of state in King (George) to get him to accept the Australian Parliament’s nomination as the first non-Brit as our Governor General.

No doubt as Governor General he travelled extensively throughout his vast region of responsibility carrying out his vice-regal duties and by sheer luck we, the Tenindewa Community of Western Australia, have come to discover he was in fact in our very own siding “Tenindewa” on Tuesday the 20th of September in 1932.

The train carrying the Governor General, his Military Secretary, his entourage and others had stopped at Tenindewa, most definitely another first; to have a telegram decoded* by the Post Master and, seemingly and probably in a gesture totally obscure to the locals, a little girl from the Tenindewa School saw the opportunity, seized the moment and presented him a bunch of wild flowers. 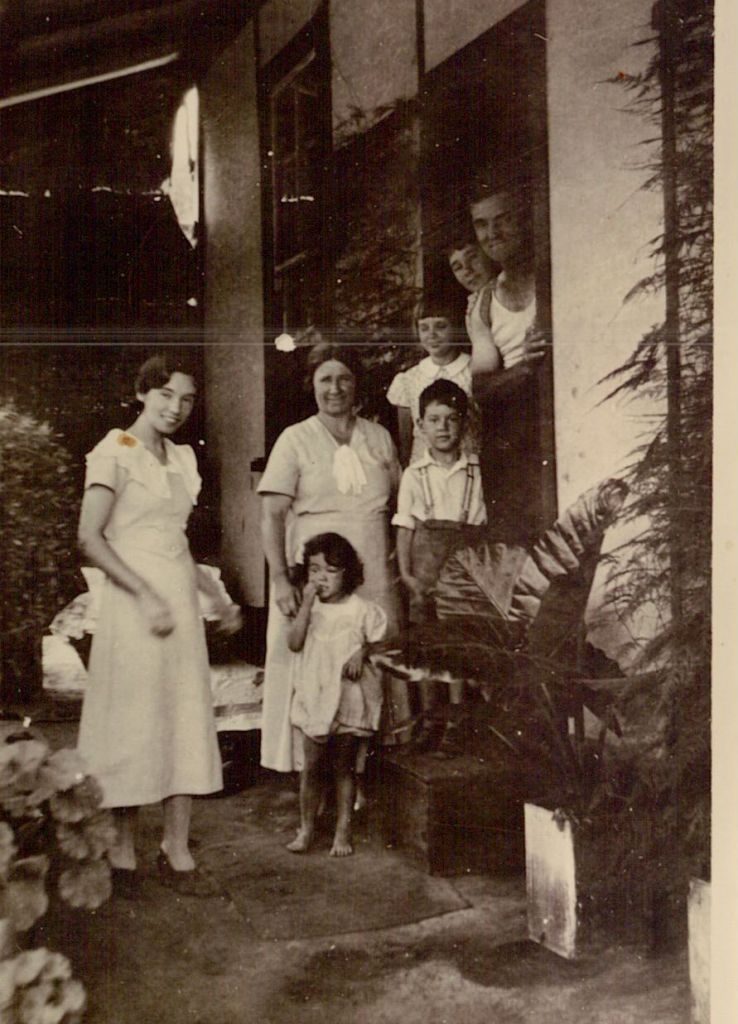 The little girl at the back and to the left of her mother is Nellie Stafford. They lived at Mittagong farm about 10 Ks north west of Tenindewa on the banks of the Kockatea Creek. Esme front left.

Consequently a telegram arrived at the Tenindewa School  which had been sent from a town some distance to the south of Tenindewa, nominally Arrino. That Telegram, the pivotal piece of evidence to this story, survives to this day. It reads: 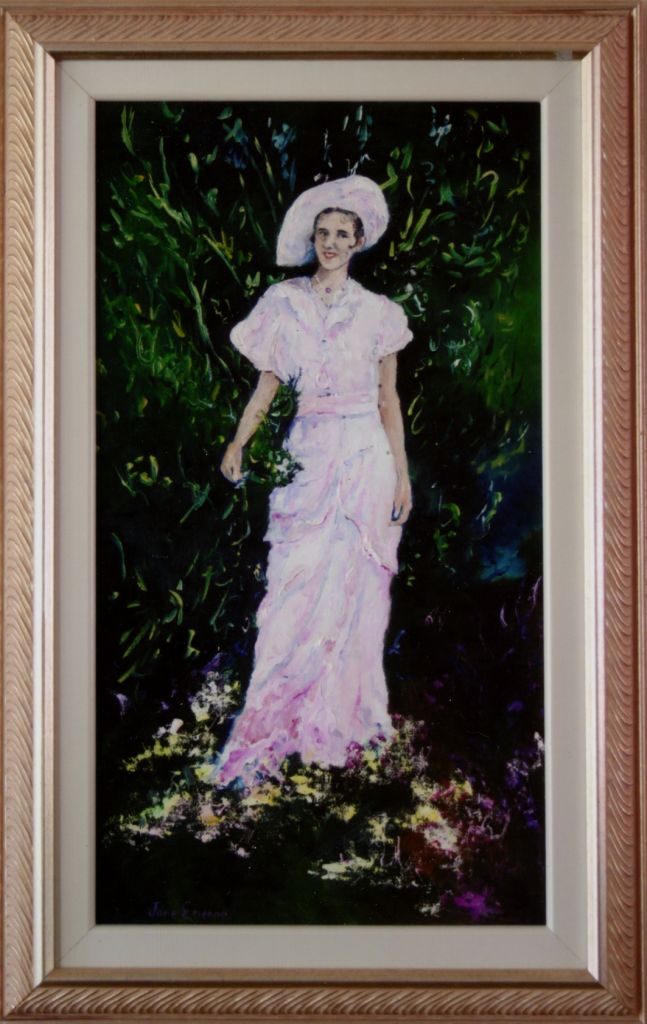 It turns out that the little girl was Nellie Stafford, daughter of Charles and Elsie Stafford who were second generation pioneers of the Tenindewa district. Mr David Williams was the teacher of the school at that time and a little later in fact became Nellie’s Brother-in-Law. Mr Williams, Tenindewa’s longest serving teacher married Nellie’s sister Esme. Nellie went on to adulthood growing up in the district and eventually, married Mr Bill Wheeldon of Yuna and they lived on there in that district for much of the balance of their lives.

A sequel to the story arose when the telegram could not be decoded at Tenindewa and had to be deciphered at a siding/Post Office some 25ks further west named Eradu by a Mrs. Cream, who was the Postmistress there at that time. Mrs. Cream also received a message from what was then termed the Governor General’s Aid-de-Camp (or Military Secretary) for her efforts. The letter signed by the Governor’s aid was that of a Captain Bracegirdle. Bracegirdle, a sir-name that seems not to have stood the test of time in Australia, never the less that good Captain went on to be knighted and thus became Sir Leighton Seymour Bracegirdle.

A tragic footnote to this story is that Elsie Cream. the Eradu Post-Mistress passed away sometime very soon after the described event and at a quite young age leaving husband Timothy Cream and 10 children. (7 girls and 3 boys) She was 39 years of age.