Tenindewa has had a few names including Kockatea over time but originally it was known as Woolya after the aboriginal spring or soakage on water reserve 945.

These days it is a popular tourist spot and many folk camp there with their caravans and especially during the wild flower season. It is somewhat of a nature reserve also and it is home to a family of “rock wallabies” or “bigita” (euro) kangaroos. Amazingly these “roos” stick pretty much to the 100 hectares or so that makes up the reserve and do not stray too far from, what appears to be home. Unfortunately they do manage to get as far as the two busy neighboring roads, and on a fairly regular basis, get themselves killed and in doing so inflict much damage to the vehicles they interact with. They are a “thumpy” little animal with a low center of gravity which seems ideal for doing maximum damage to cars.

Clearly, the first usage of the spring or soak was by the aboriginal folk and who knows how far back in time that stretched? By the time gold was found to the east of Mullewa and the pastoral areas were starting to flourish it became a welcome watering and resting place for man and horse and most likely camels too that were traveling from the Port to the hinterland.

Woolya was on the original Geraldton/Mullewa road which can still be observed by the keen explorer heading away to the east from the area. The “stone road” is still there across the salt flat to the east as a sort of permanent tribute, it seems, to the slavish and tedious work done by the road makers of those days. Incidentally much of the “Old Geraldton-Mullewa Road” bears almost no resemblance to the location of the current road from Geraldton to Mullewa.

At one stage of its developing years, part of Woolya was designate as a “Townsite” complete with a gazetted Lands Department map and street names allocated. This can still be found in the archives.

Woolya features by description, but not by name, in the famous autobiography of A.B. (Bert) Facey titled “My Fortunate Life” and this description can be found midway through book in the chapter “On the Road to Mullewa”. We see in the book that “Bert”  (Facey) too partook of its refreshing and restful attributes when he camped there just on Christmas in 1908. It states: 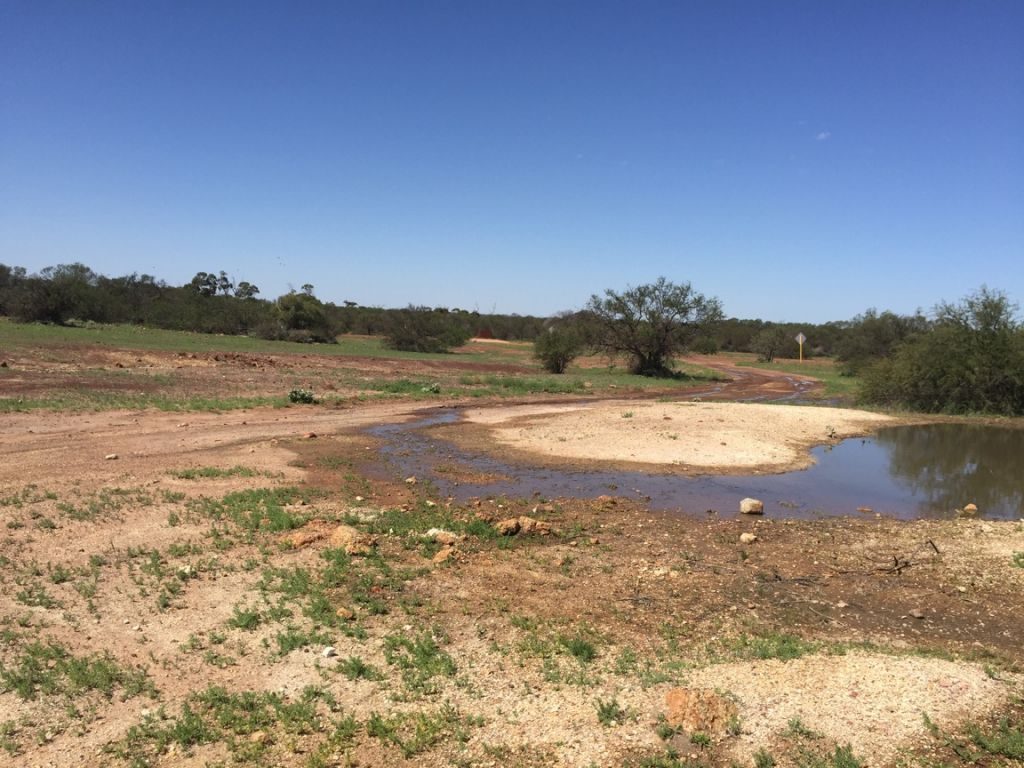 “We arrived at the watering place that evening. Bill pointed out a patch of green grass. That is what we call a spring formation of the ground. Water is forced up out of the earth and runs all year around. It is beautiful fresh water. The early settlers and travelers dug a large hole at this spot and stoned it up. The hole was about eight feet wide and six feet deep and raised about two feet above the earth. The water had filled the round hole and was running over the top and down into a creek” (1908)

That “large hole” (originally an aboriginal soak) is still there to this day immediately east of the dam.

Despite its placid and tranquil appearance Woolya has been a place of controversy too. In the book, Bill, Facey’s travelling companion, speaks of the wild horses frequenting the place and disturbing his sleep on that occasion in 1908 but by 1915 the issue had got somewhat out of hand and untidy.

In 1915, according to Road Board Documents, the Government was forced to fence the water reserve, providing a gate to give vehicles access to the government well inside, however according to the “Geraldton Express” newspaper of the day a local settler H J Stafford saw red when neighbor W H Stokes (allegedly) cut a hole in this fence to (allegedly) let his horses have access to water. Mr. Stafford continued:

“Woolya’s catchment area is being polluted by horses. Their muck runs into the dam and this water is being used by nearly all the settlers for drinking. It is no use reporting to the Mullewa Road Board as Mr. Stokes is a member”.

Interestingly and ironically the Mullewa Road Board did do something about it in as much as they stopped Mr. Stafford from taking water from the government wells for his sheep??

Obviously very little had changed by February 1921 evidenced by the “Letters to the Editor” of the Geraldton Express newspaper of that year when it was reported that:

“horses and cows are using the watershed (for the dam) as a camping ground. To make matters worse many of the horses watering there are affected with “Strangles” and there are more dead than alive. The RSPCA should intervene forthwith”

The letter had the name and address withheld but all these years later there would be no prizes for guessing just who may have written that letter.

Strangles is an equine disease also known as Equine Distemper. It is a contagious upper repertory tract infection that can affect all of the equine species.

In about 1940 the military had commandeered the reserve and as Doreen Butler (Lindsey) comments in her book “To Sow the Barley”. 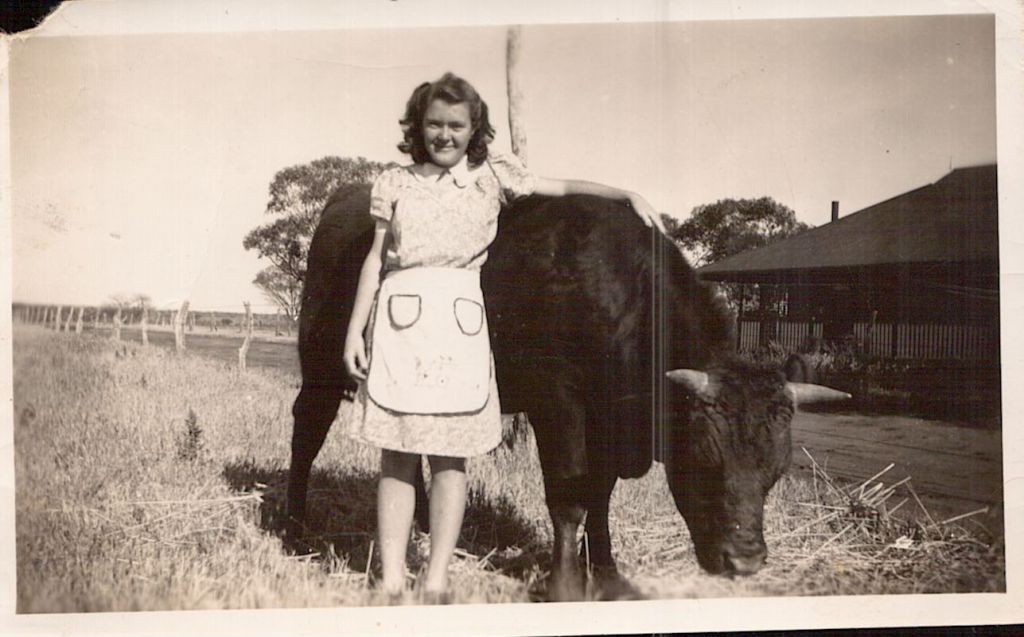 “World War 2 came and unsettled this little station. The soldiers came and occupied all the land behind the shop and around the school” ”Our lives completely changed into a nightmare of conveys, airoplanes and fear.  The war had begun and our fields were nothing but aerodrome, aeroplanes and army trucks. Our days of peace had gone”.

In fact the 25th Machine Gun Regiment had made Woolya home for the duration. Conveniently for them, Tenindewa school, located on the reserve had just permanently closed so this recently vacated building became the canteen for the soldiers camped there. 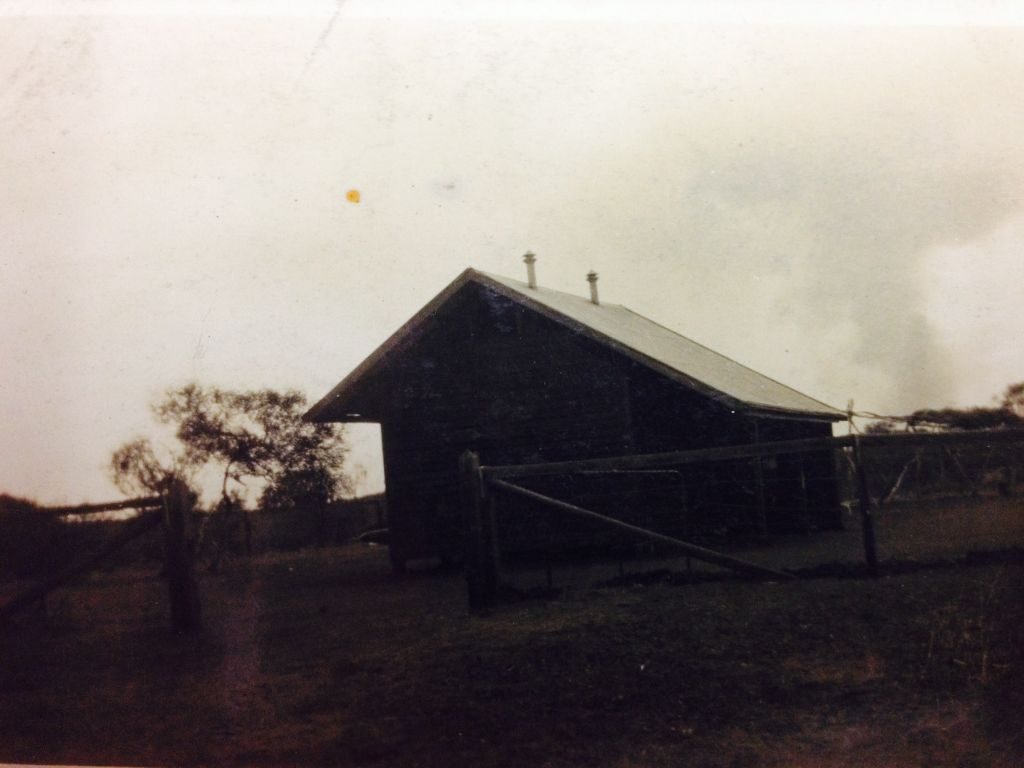 Evidence of the military occupation can be found to this day. In the far north east corner of the reserve at the base of a steep hill the remnants of a small Rifle Range can be distinguished with a bit of imagination. Further evidence can be found in “formations” on the ground made with stone that anecdotally demarked the Officers Camps. These formations can still be seen about 350 meters (through the bush) north west of the Old School Site and 250 meters (through the bush) south west of the dam. (There is yellow tape attached to trees marking the track to that site. Find the start of the tapes about 75 metres south west of the dam)

In the story written by Doreen Lindsey (Butler) the Tenindewa School and many of its teachers are mentioned. A Mr. David Williams leads the honor board by way of his 1932 to 1937 effort at this tiny post. He was followed (in time served) by Ms. Eva Stafford (Dunkin) who commenced in 1913 and finished at the end of 1918. As for the school itself, it opened on that site in 1915 and closed for the last time in 1939. The building was purchased by the, larger than life, Mr. Harry Stokes who is mentioned above.

The school building was finally removed from the Woolya Reserve in 1955. This leaves us with the only material item remaining of that short period and that is the stone pathway across the creek to the south of the School Site. Incidentally the school must have temporarily served as a maternity hospital on July the ninth 1929. It is documented that Margaret Alice Baker (Pumphrey) was born there on that day but the circumstances as to this odd occurrence are unknown.

The “Reserve” has seen quite a few changes in the last 100 or so years but it has now been returned to its original tranquil setting and in good seasons a picture perfect retreat and it is doubtful that anyone will be in anyway protesting this status in the next 1000 years.