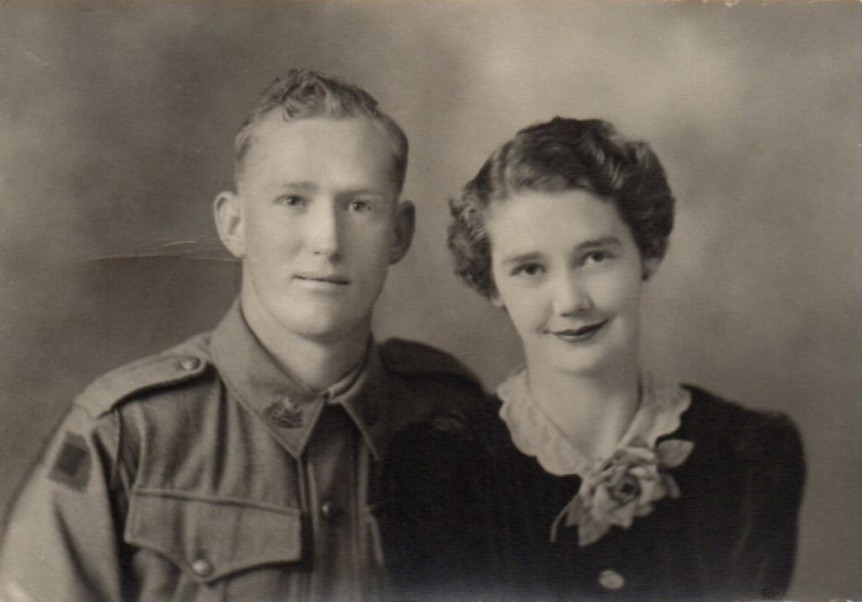 Matthew Robert Weir was born on 17th Jan 1917 in the Goldfields town of Menzies.

His parents were Matthew and Louisa Weir. Louisa, whose maiden name was Baker. Her parents are buried in the Nabawa cemetery.

Matthew soon became known as Rob because his father’s name was also Matthew.

Rob and his parents, who worked on the railway, lived in Menzies for two or three years during which time Rob’s brother, Wallace Menzies, was born.

The Weir’s moved to Wyalkatchem and spent the next five years there. Rob’s sister, Zora, was born here and he also commenced his schooling in Wyalkatchem.

Between 1924 and 1931 Rob lived with his parents in Nabawa. Here he continued his schooling and excelled in running. We still have a cup and several medals that he won at the Upper Chapman Sports Carnival.

Rob’s schooling finished at the age of 14 when they moved to Tenindewa in the railway gang. His first job was as a nipper (water bag carrier) in the gang. 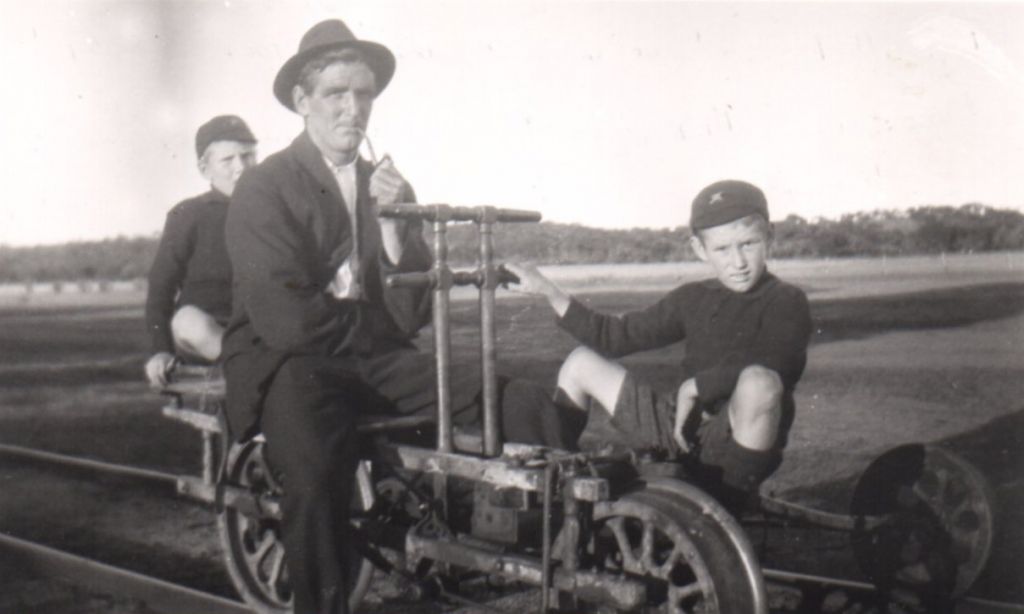 Matthew Weir senior with sons Wally (rear) and Rob (front) on a railway trike in the gang at Tenindewa. 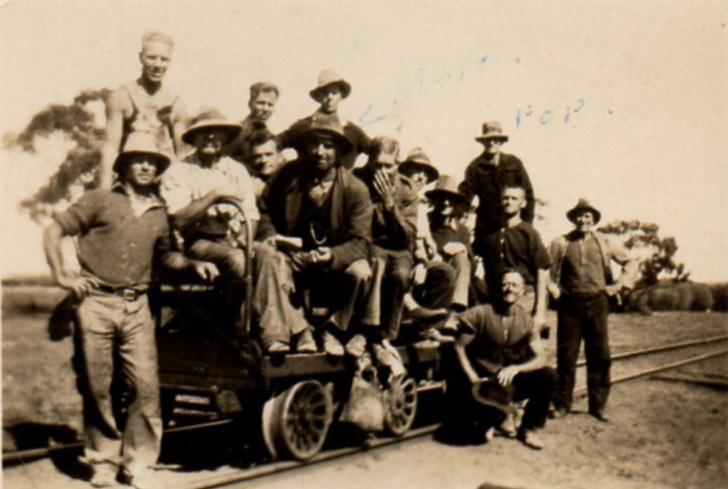 His sister, Zora attended the school in Tenindewa. She had to walk across the stone footway (which is still visible today) to get to school from the gangers house that they occupied at the time.

Rob soon acquired his first full time job as a farmhand with Tom O’Brien, who farmed the property formerly owned by Ray Keeffe and where Daniel Critch used to live. 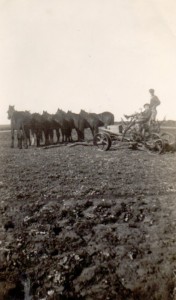 Mel’s brothers with a horse team and plough

After 12 months with Tom O’Brien, Rob then got a job with Vince McGuiness. Here he had his first experience of handling a team of horses pulling a plough.

After 2 or 3 years with Vince McGuiness, Rob got a job with Ralph Short at a property now owned by Geoff and Karen Poyner. Up to this point his only means of transport was a pushbike, which he would ride to and from his parents place at Tenindewa on weekends. It was about this time that Rob first met his future wife, Imelda Cream, who lived at Eradu.

Imelda Teresa Cream was born in Geraldton on 15th November 1920. Her parents were Timothy and Elsie Margaret (nee Wilson) who are buried in the Geraldton cemetery. Her first four years were spent in Geraldton where her father worked for a carrier, Frank Green. In 1924 the Cream family moved to a farm at Eradu. Their first car was a T model Ford in 1926.

Imelda was the second eldest in a family of ten. Her siblings are Frank dec., Joan dec., Eileen, Maureen dec., Carmel, Albert, Lee, Alma and Terry.

On 23rd October 1932 Imelda, at the age of twelve, lost her mother, who died three days after the birth of Terry. This tragedy resulted in the older children being sent off to an orphanage in Perth.

Imelda later returned home to Eradu to help look after the younger children. 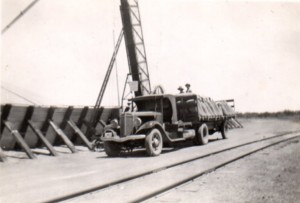 In 1939, as a 22 year old, Rob joined Co-operative Bulk Handling and spent a couple of years lumping bagged wheat and building grain storage bins before enlisting in the Army in 1941.

Rob was based in Northam, Rottnest Island, Moora, Dandaragan and Mingenew. While in Mingenew he was advised on Tuesday 14th September that he was granted four days pre-embarkation leave.  In the proceeding few years the romance between he and Imelda Cream had blossomed and they decided to bring forward their wedding day so they could be married before he left to go overseas. 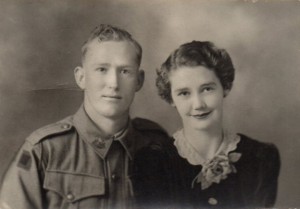 Rob and Imelda (Mel) just before their wedding.

The wedding took place in St Mary’s Cathedral in Perth on Thursday 16th Sept. 1943. Rob sailed from Fremantle harbour on Saturday 18th Sept. Rob’s Singer car was put up on blocks at Jandakot where his parents had moved to in the railways. 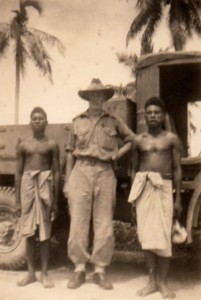 After jungle warfare training in Bowen and Cairns he was sent to New Guinea, which had been invaded by Japan, and arrived in Finschhafen on his birthday in 1944. He became a staff Sgt. in charge of a Q Store (weapons and munitions shed) and served in Saidor, Madang, Wewak and Lae. Imelda received regular letters from Rob but at no time knew which country he was serving in. All mail was censored and references that might indicate where he was were removed.

The war ended and Rob was reunited with his bride in Sept. 1945, exactly two years after they were married. Rob and Mel moved into a small house on Ralph Short’s farm and worked there for twelve months. With the help of 1000 pound Soldier Resettlement Loan, Rob and Mel brought 1450 acres, 10 miles North West of Tenindewa. Alf Curtis sold the property known as Koorinya to him on behalf of his deceased brother, Bill’s, estate.

They arrived at Koorinya in August 1946 with their first born, Joan, just a newborn baby. The house that greeted them was derelict with rotting seed and fertiliser in several rooms, not to mention the mice and snakes. The Singer car also had to be sold to put the first crop in and Mel and Rob’s only means of transport was a motorbike. Later a Chev ute was purchased and this was upgraded to an old Chrysler ute from Cecil Mckay.

About this time, both Rob and his brother Wally, were prominent members of the Tenindewa Football team. The team played in green and red jumpers and for a short time were part of the Mullewa competition which included Devils Creek, Federals and Railways. 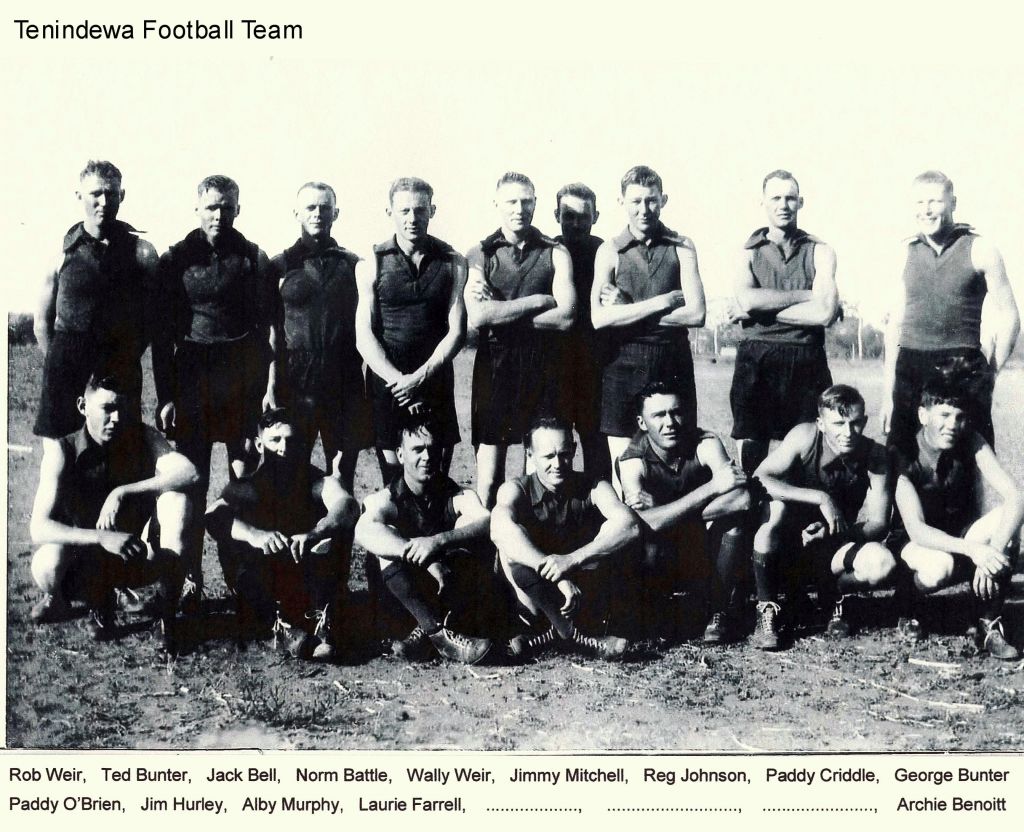 Rob Weir is first left in back row and brother Wally is 5 from left. Kevin Critch is most likely the player 2 from right front.

The Weirs’ were also part of a very strong Tenindewa tennis club and played for many years. 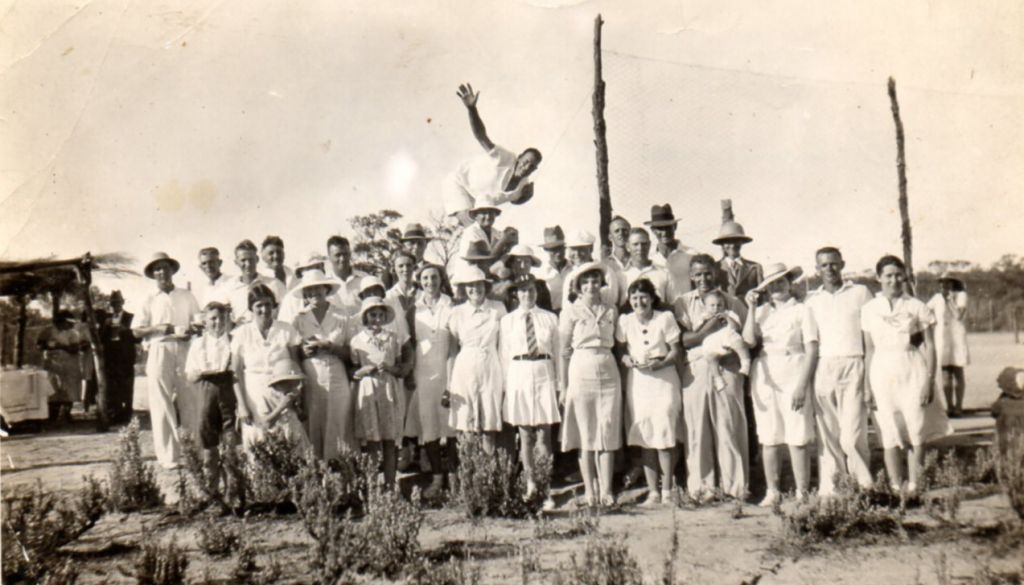 1948 was one of the driest years on record at Koorinya but this year also saw the arrival of a son, Kevin. 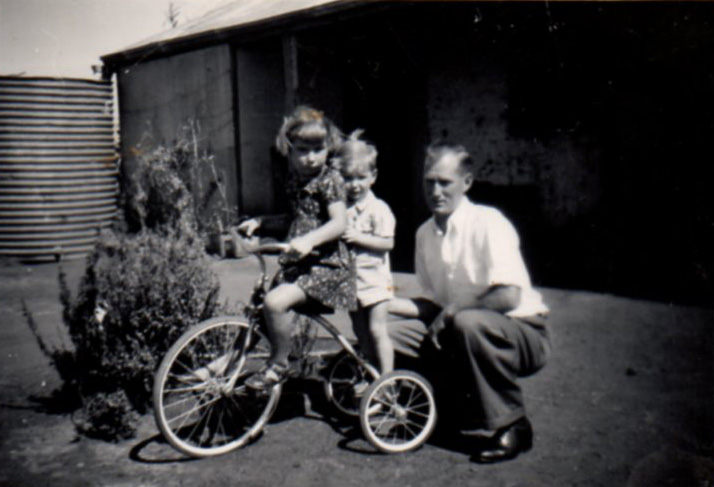 Rob with Joan and Kevin 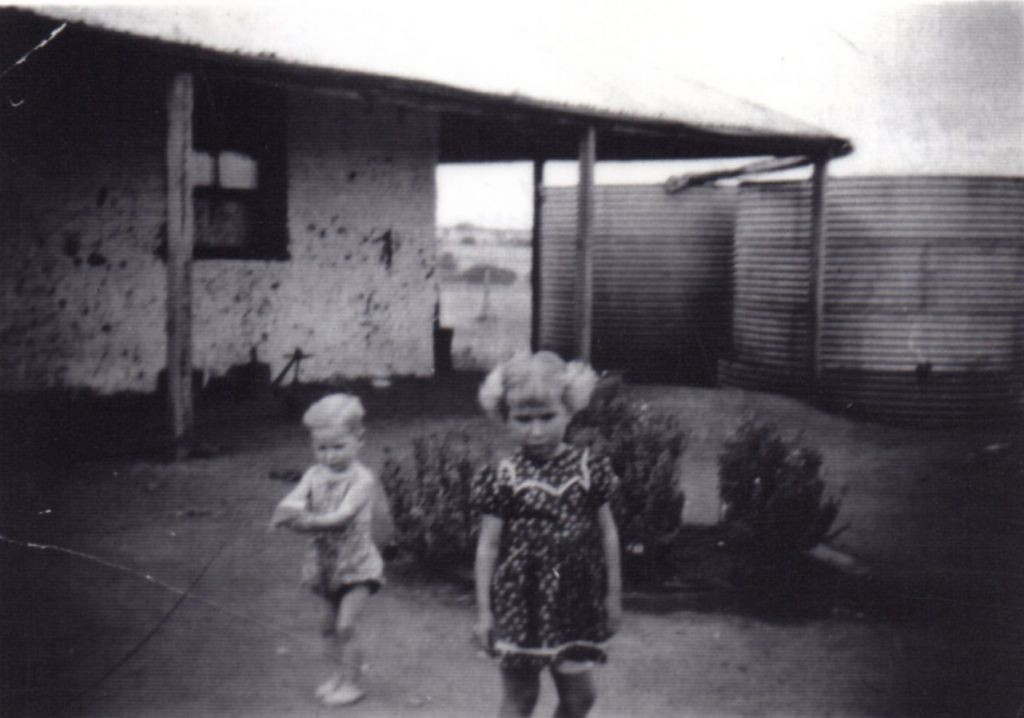 In 1949 Rob, Mel, Joan and new addition Kevin along with Wally Weir all crammed into the front of their latest transport (a white 1936 Chev truck) for the return trip to Perth for Zora’s wedding.

1950 saw the arrival of second son Brian. The price of wool rose dramatically to one pound (20 shillings) a pound and this enabled them to buy a brand new Chevrolet Maple Leaf truck and later a black Humber Hawke car. One of the first trips in the Humber was to Kalgoorlie with Mel’s dad Tim, to visit her sister Maureen who was a Sister of Mercy there. 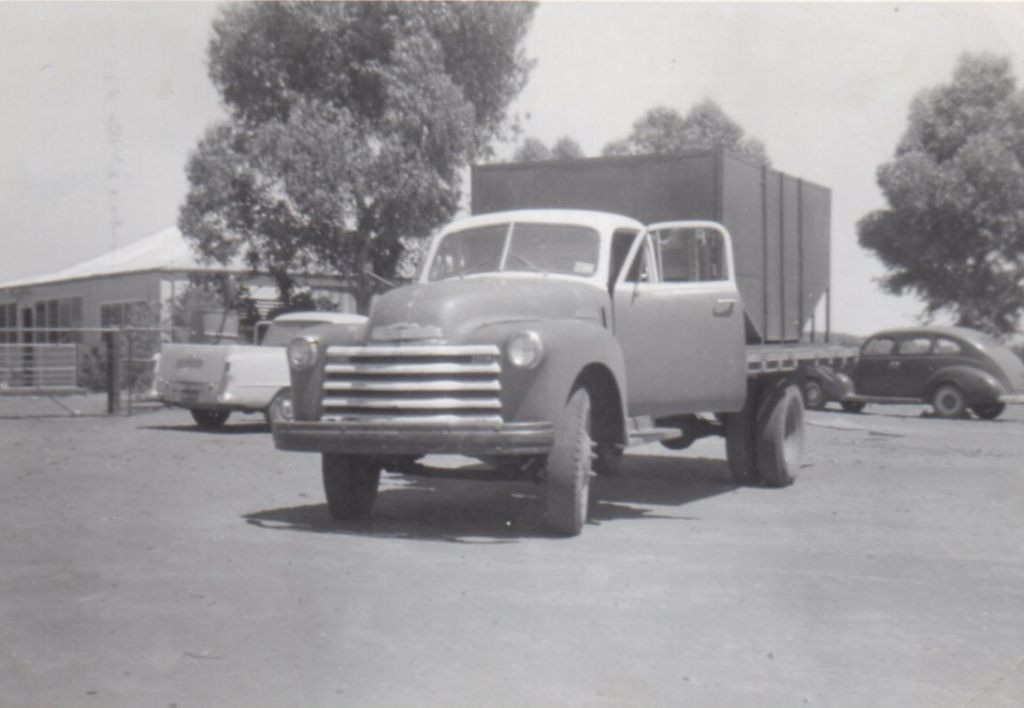 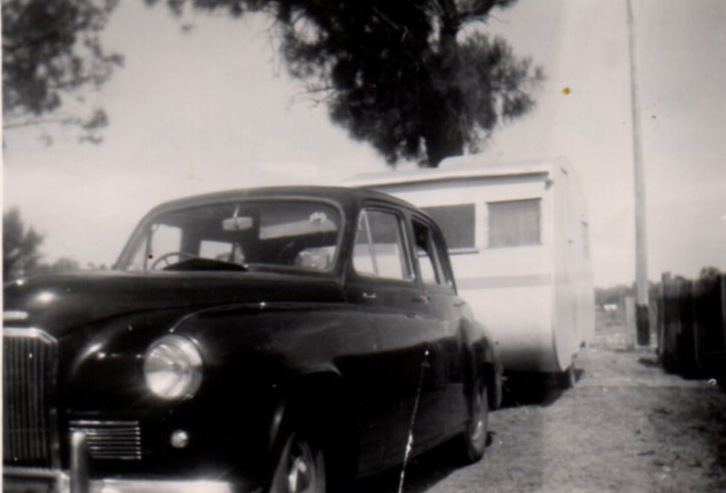 In 1955 the black Humber was traded on a new blue Humber Hawke. Albert and Jean Cream, who only had a small Commer truck at this time, borrowed the new Humber for their honeymoon.

Mel and Rob farmed in partnership with Rob’s brother, Wally. Together they purchased 1400 acres from the Kemp brothers and when Wally married Olive Billington, the farm was divided in two, with Wally keeping Kemps farm. This farm was owned by the Palmer family before Kemps bought it. One of the Kemp brothers was accidently killed while cleaning out a well and a rope holding a bucket full of mud broke and fell on top of him forty feet down the well.

In the subsequent years Albert and Terry Cream both worked with Mel and Rob at different times until Albert married Jean Evans and they started share farming with Heelans (now McCartneys) and Terry married Laurel Willis and he went sharfarming too. 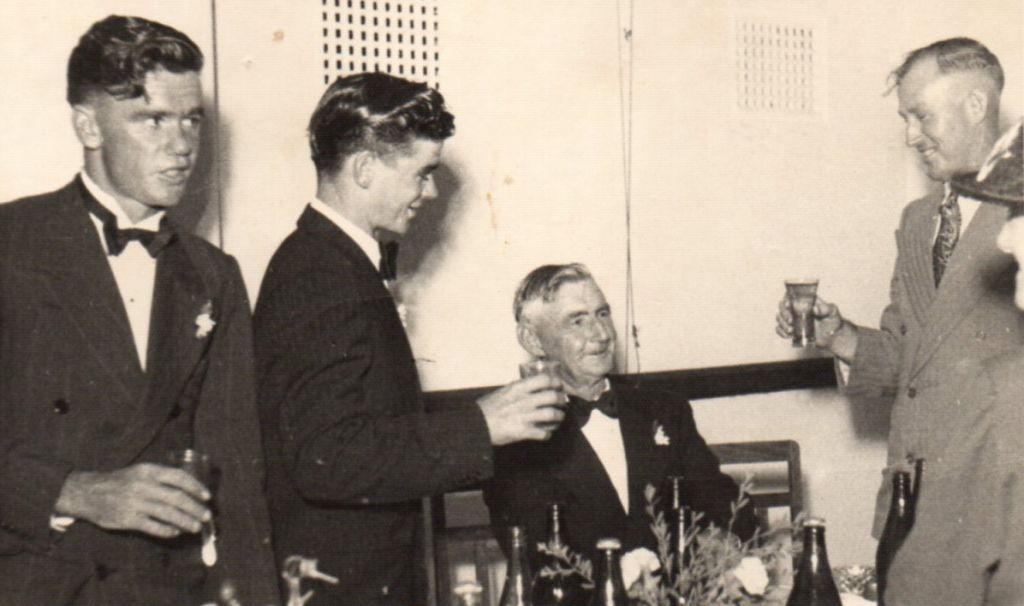 In the fifties and sixties Mel and Rob got almost everything including fuel for the farm, groceries and stores and even some clothes from Fosters store in Tenindewa. Being a manual telephone exchange and also a post office, the Fosters store and adjoining Hall was the hub of the district. Rob always took great pride in the fact that he purchased the last item to be sold when the store closed. It was a bottle of Holbrooks sauce for which he paid $120.00 and has had it mounted in a wooden frame with the names of most of the Fosters customers engraved on it and it still hangs in the building today. 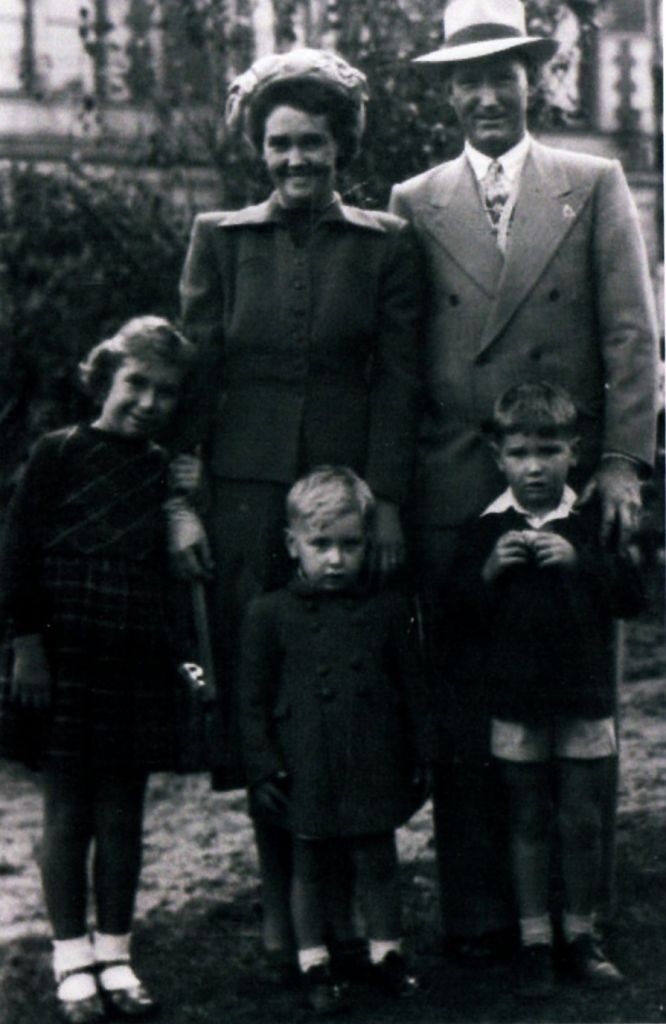 Mel and Rob with Joan, Brian and Kevin 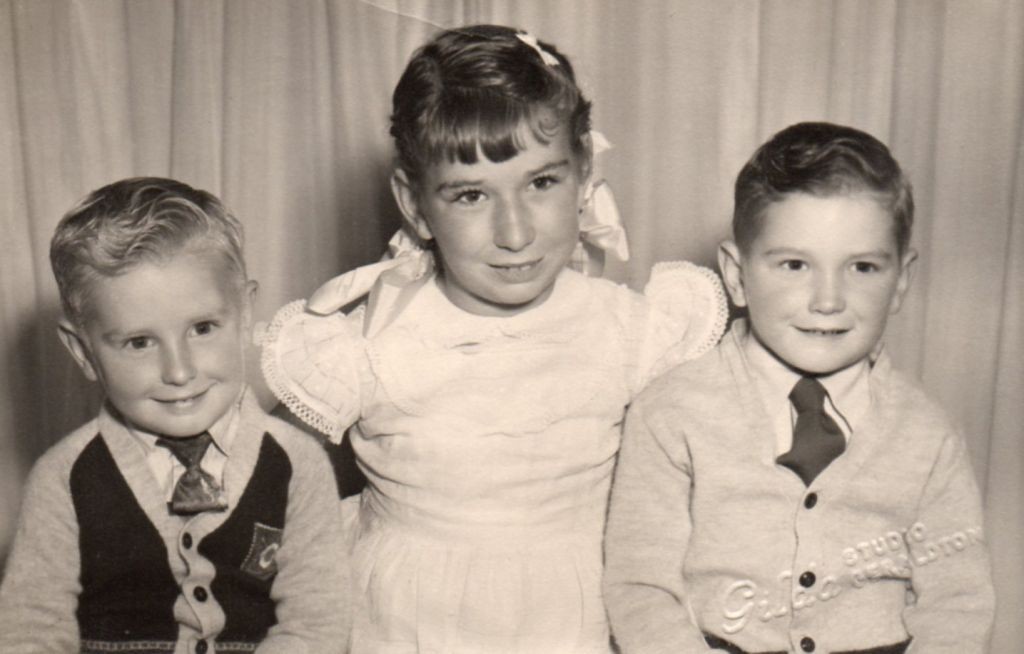 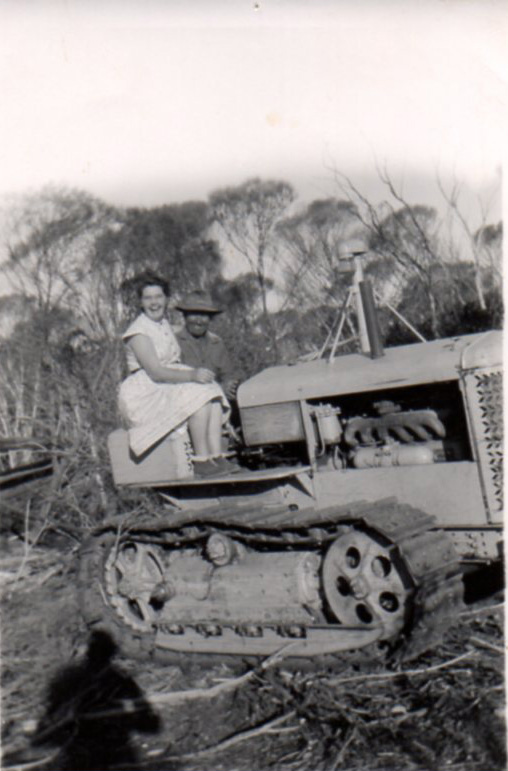 In the late fifties Rob and Mel purchased about 6000 acres of virgin sand plain country along The Old Geraldton road. They cleared and fenced about half this land but found it hard to grow a profitable crop in those days before the introduction to farming of nitrogen fertiliser in the form of urea. They ended up selling all of this land partly to send their three children to boarding school in Geraldton but always regretted selling because of the much increased yields that came with the use of urea. They leased 2500 acres from Vic Franklyn along Byrons North road for many years before eventually buying this block along with a 2000 acre farm from Harry and Audrey Hodgson. After Mel and Rob retired to Geraldton in 1987 a 1500 acre property was purchased from Glen and Bruce Barndon. This block was formerly Wally Weir’s sand plain block and in more recent years the Weir’s bought 2500 acres at the end of the Eradu North road from the Keeffes.

After moving to Geraldton, Mel and Rob maintained a keen interest in their farm known as Koorinya (which is supposed to be an aboriginal word for a peaceful place) and they liked to keep in touch with everything that was happening in Tenindewa. Rob passed away in 2005 after a short time in Nazereth House in Geraldton and Mel followed him in 2008 after failing to recover from an operation to repair a broken hip after she had a fall. 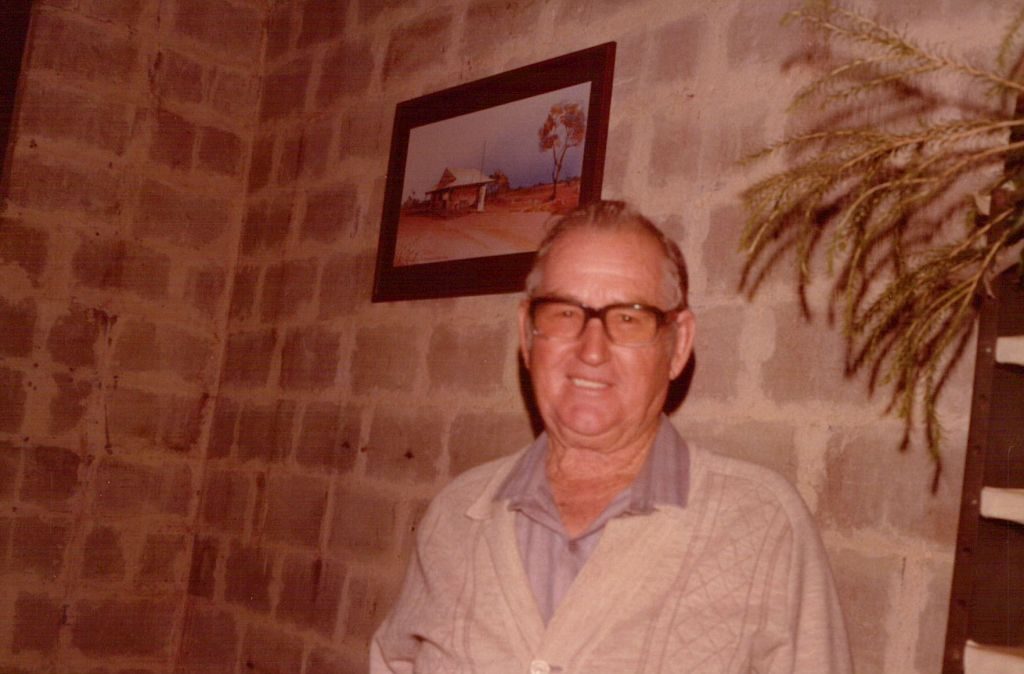 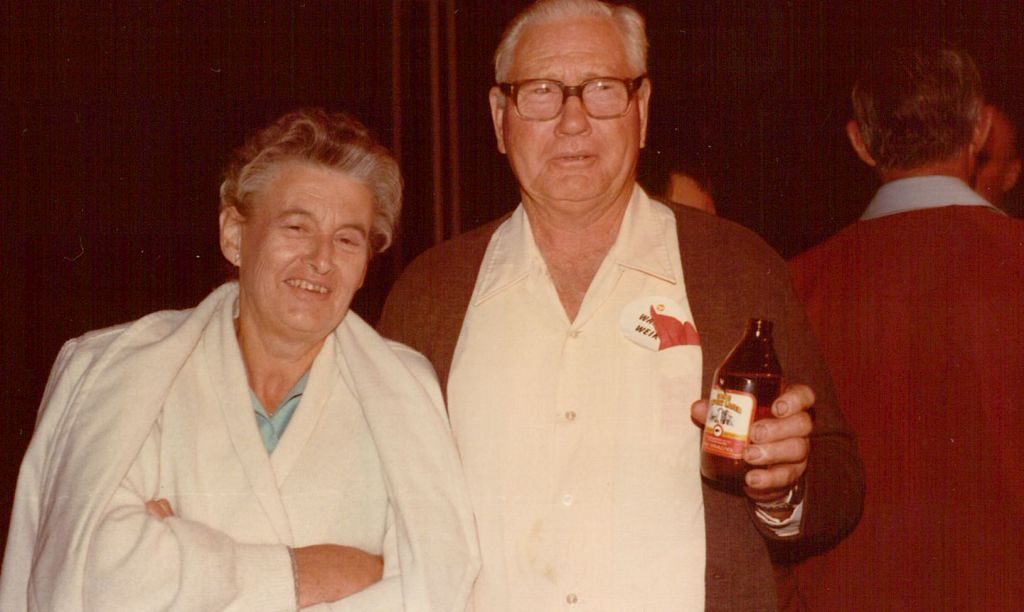 Olive and Wally Weir at the Shop closing 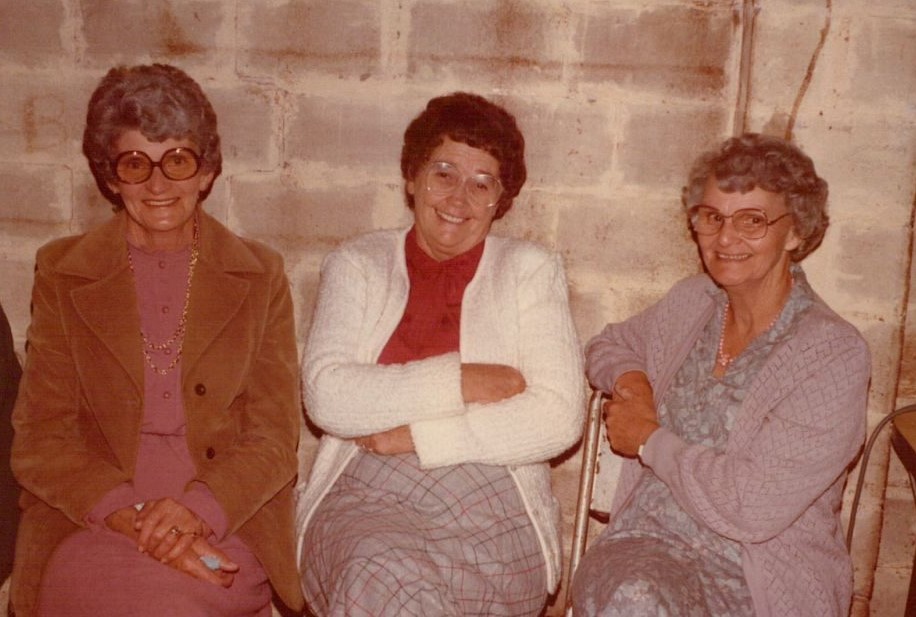 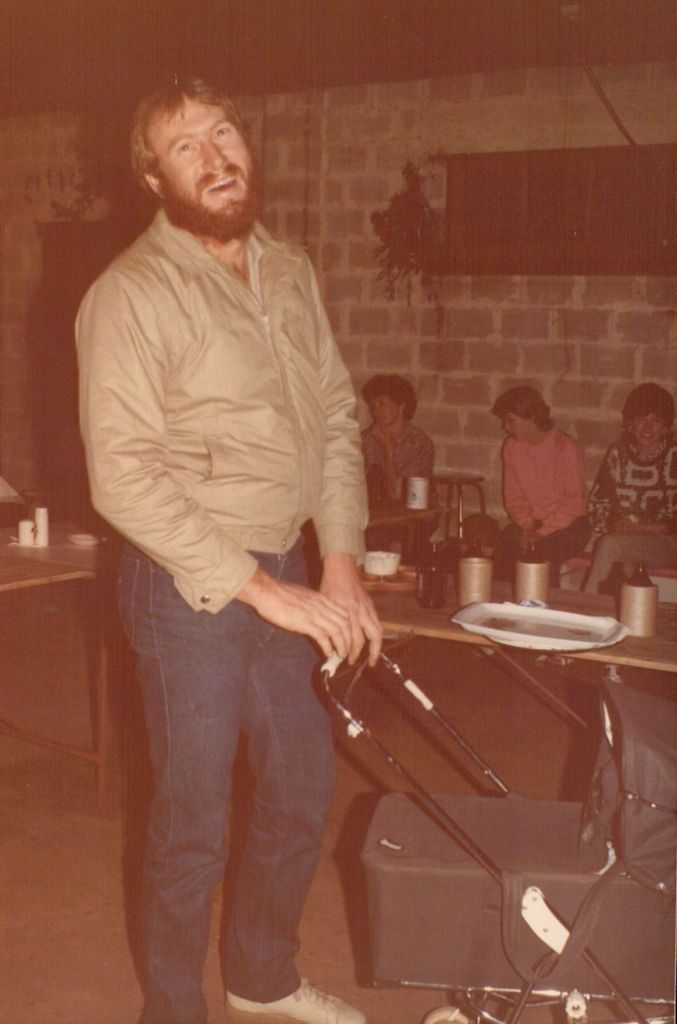 Wally and Olive Weir’s son Adrian at the same event. Adrian passed away very suddenly just a few years after this.